I didn't manage to play along with the online crop last monday at the SA-forum. But I made the layout today. Papers are SEI chocolat. The bird in the cage is from a postcard and the Picture was made 10 years ago in a small German town called Stadtkyl. 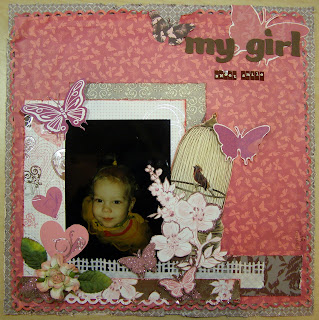 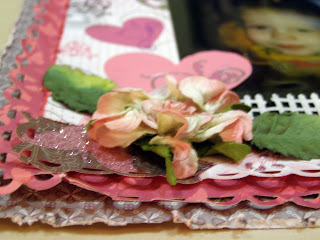 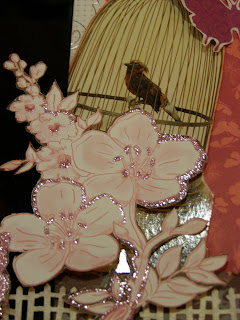 Your Cherry Kisses Blow Me Away

How lovely this day started...I am really proud that my Angelique and her corset were one of the honourable mentions at Let's Get Shabby challenge 5!!

Wanted to played with my G45 papers today and came up with this layout according to today's sketch at the SA-forum... 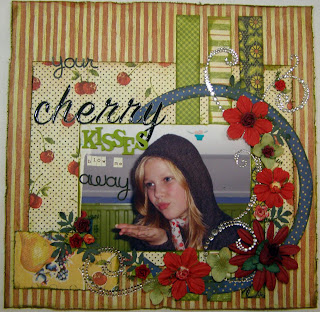 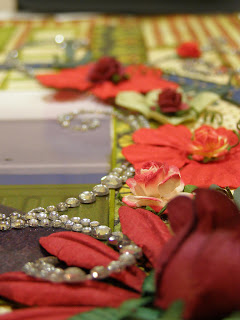 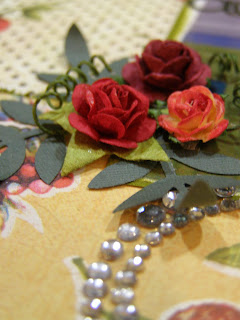 This weeks challenge at Scrapping The Music is U2's "only to be with you".  Since the 20th anniversary of fall of the Berlin is breaking news at the moment I chose an odd line in this song as my inspiration..."these city walls".
The photograph was taken near Brandenburger Tor. In order to visit the Eastern part of Berlin we had to change money, 25 DM. But there was nothing for sale back than!! So we went to a supermarket en bought hammers and chisers. Then we went back to West-Berlin to chop into the wall! Do you notice the VoPo's standing and staring on that wall.... It was an amazing and crazy time, that's for sure!

I used Tim Holz' technique to make the barbwire and a couple of Peters layout's inspired me to create that grungy look and oppresive atmosphere... 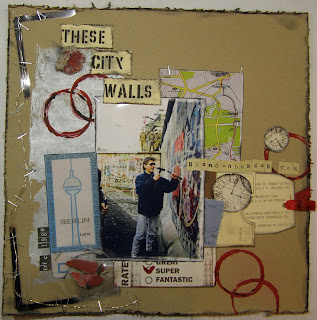 And this are pieces of the real German Wall, pieces that we chopped out ourselves, with hammers and chisers that we bought in Eastern Berlin during a daytrip. 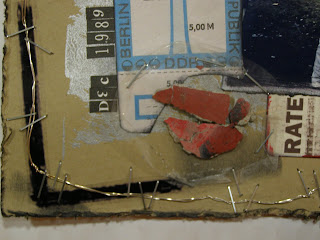 Do you notice the DDR Police (Vopo's) standing and staring at us breaking down that wall.... 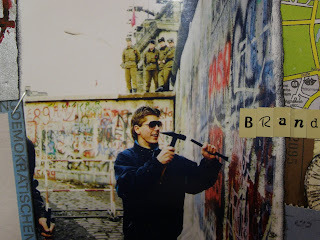 Jippie....my layout was chosen this week, so I made it to the Hall of Fame again!!
Geplaatst door Scrappiness op 23:39:00 23 opmerkingen: 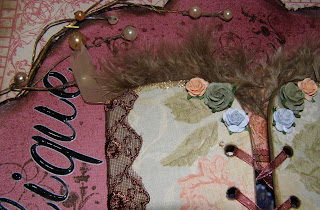 Challenge no 5 at let's get shabby is a true dare: "Our Challenge Five consists of a focus of handmade embellishment/s - it can be a few or just one, but it must be the FOCUS of your creation "

Had a hard time figuring out what to make, untill I received AMM's newsletter with a tutorial for making a corset. So all the credits for my embellishment should go to Larissa, for giving me this inspiration!!!

The corset was made with K&C and MME papers. Decorated it with feathers, lace, tiny roses, pearls pieces that were cut from a vine and also used a lot of distress ink. Inside the corset is a tag, with an extra photo and some journalling. The background paper is MME Bella Bella and a piece of cardstock that I shaped, all the edges are distressed and stamped with distress ink, and for the finishing touch I sprayed some glimmer mist. 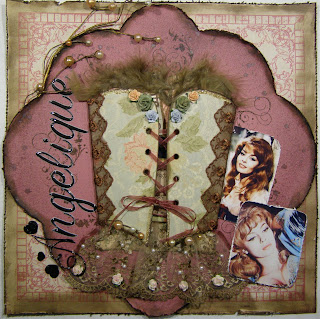 Does any of you know Angelique? I used to watch these movies with my mom and just dreamt away during these incredible stories about this beautiful woman. Not to mention her husband "Jeoffrey"....... 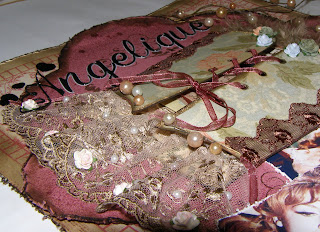 Since she was wearing corsets as well, I thought these photo's of here would perfectly match my embellishment. This is a tag, that's inside the corset. 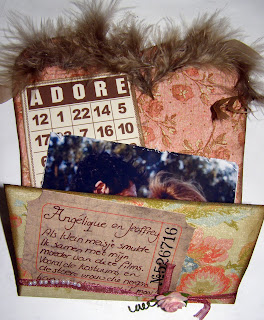 Oh, here's this Jeoffrey guy! He had a scar on his left cheek. Soooo sexy! 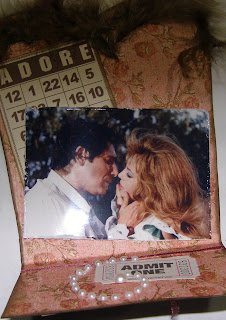 This is the corset without the tag. 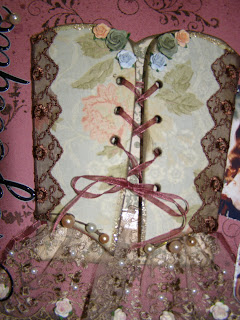 
PS: I did not win the challenge, but was among the honorable mentions, which is a great honour also!! 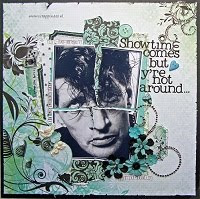